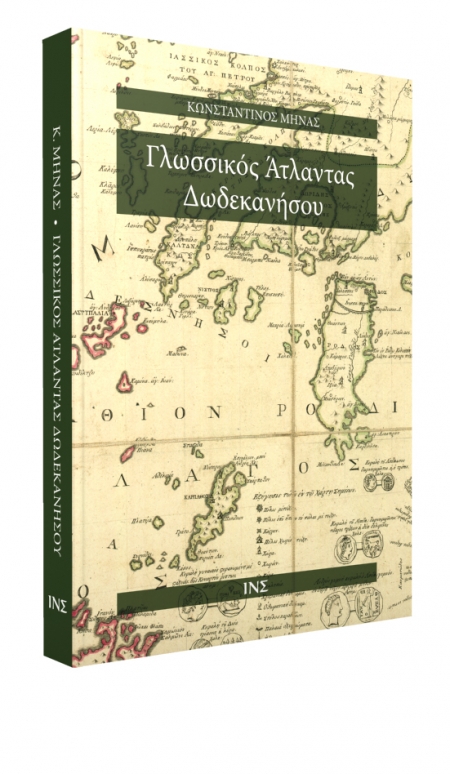 On which Dodecanese islands is the ‘apricot’ called βερίκοκο and on which χρυσόμηλο or καΐσι? On which Dodecanese islands is the ‘mind’ called (ε)μυαλός and on which νους or καύκαλον? What is the name of the ‘cloud’ on each island? Where is the feminine article in the accusative plural τις, as in Standard Modern Greek, where is it τας, as in Ancient Greek, and on which islands is it τες, as already attested in medieval texts? The answers to such questions can be found in the pages of this book, which, together with Γλωσσικός Άτλαντας της Κρήτης by N. G. Kontosopoulos, are the only linguistic atlases that have been compiled and published for the Modern Greek language and its dialects. Almost unknown, lamentably, in the Greek reality, linguistic atlases are extremely useful tools for the study of the dialectical phenomena of a language or a region, as they accurately record linguistic forms and their geographical distribution. In Γλωσσικός Άτλαντας Δωδεκανήσου, Konstantinos Minas presents in 343 color maps a total of 44 phonological, 49 morphological, 4 syntactic and 246 lexical phenomena, based on the answers he received from informants from 51 islands or locations of the Dodecanese.

The author of the book, Konstantinos Minas, is a linguist, Professor Emeritus at the University of the Aegean, with a very significant contribution, among other things, to the study of Modern Greek dialects and especially of the Dodecanesian dialect.