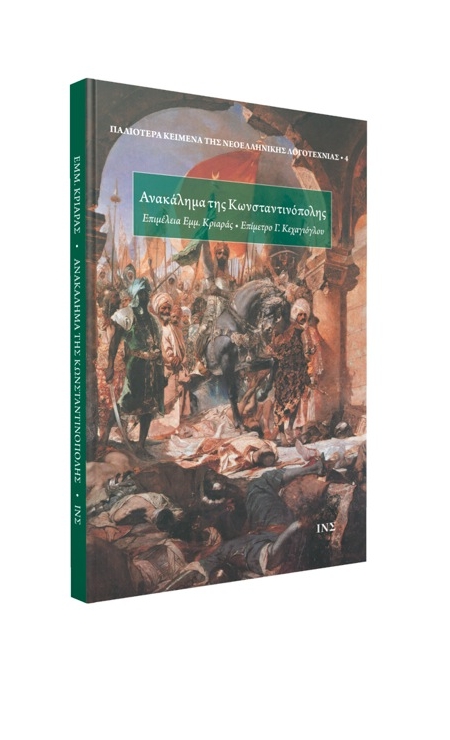 The Lament of Constantinople (Το Ανακάλημα της Κωνσταντινόπολης) is one of the nicest and most popular historical ‘laments’ for the Fall of Constantinople in 1453. In 118 verses it manages to describe in a realistic tone not only the scenes of the siege, but also the suffering of the enslaved Christians after the Fall, and it also portrays in a lyrical and tragic way the personality of the last Roman Emperor Constantine Palaiologos.Behind the anonymous creator there is perhaps an intellectual poet well-informed of the historical instances, knowledgeable also of the vernacular poetry since he manages to preserve many of the virtues of the folk songs. In this latest, revised edition Prof. E. Kriaras returns to the familiar space of a poem that first became the center of his studies five decades ago; this time with more detailed evidence about its language and topographic origin. Furthermore, in the Appendix Prof. G. Kechagioglou explains the rich and multifaceted philology regarding the theme of the Fall, summarizes the latest philological and critical evaluations of the poem, and discusses its ideological background. The Accompanying texts in verse at the end of the Appendix form a selection of vernacular poems/laments (mid 15th to early 16th century), folk songs, and later poems.