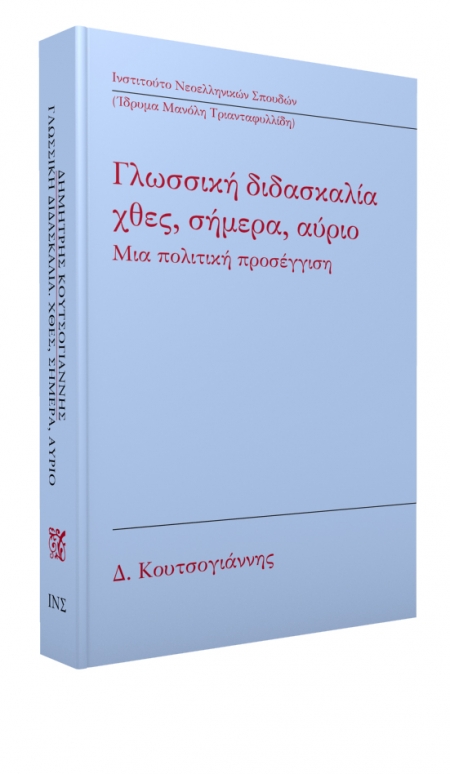 The book focuses on the teaching of the Greek language. Its first objective is to present the intense scientific mobility observed internationally during the last decades, but starting from the past, because the current scientific reality cannot be understood without the help of history.

The second objective is the effort to read the deepest political background of each proposal. In order to achieve it, the writer attempts to place each proposal in its historical context, which means that a third major objective is to connect the whole problematic with the historical change, and especially with the developments of globalization.

Finally, the book aims at making use of the international and local scientific research, in order to make concrete proposals about (language) education that go beyond the individual examples and move towards synthesis. In order to make this easier, but also to highlight the important role of locality, particular emphasis is given on linking every proposal with Greek reality.

D. Koutsogiannis is professor of Linguistics at the A.U.Th.