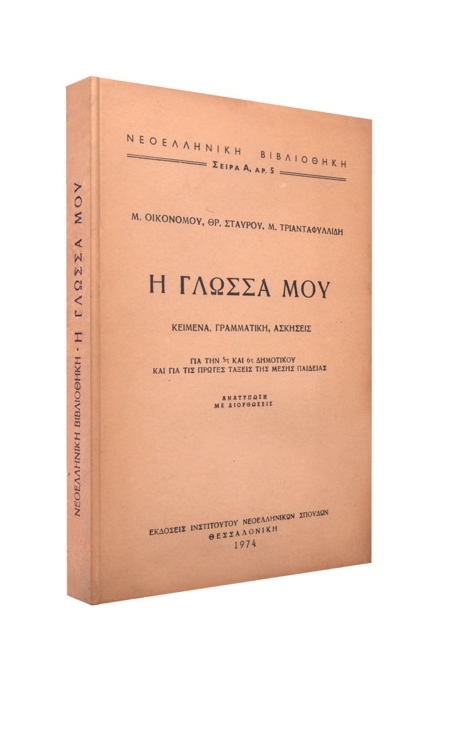 The book is intended mainly for pupils attending the two last grades of elementary school. It consists of 120 modules, each of which takes up two facing pages. The left page contains the text, carefully selected so as to include the requisite language material to be taught. The right page is divided into four parts. The first part contains definitions of some of the words and phrases found in the text. In the second part, certain grammatical phenomena are examined, with references to the corresponding paragraphs of the Concise Grammar of Modern Greek and the Modern Greek Grammar (of Demotic). The third part contains oral and written exercises intended to help pupils practice the grammatical phenomena presented in the second part. The written exercises of the fourth part help pupils revise material included in previous modules. There are also auxiliary grammar tables at the end of the book, and a brief note by the authors to teachers and parents concerning the aim of the book, the organization of its material, etc.

After the educational reform in 1982, the Schoolbook Publishing Organization published a series of textbooks (entitled ‘My language’ and ‘Modern Greek language’) for all levels of education. These textbooks were designed based on the rationale of this particular book.