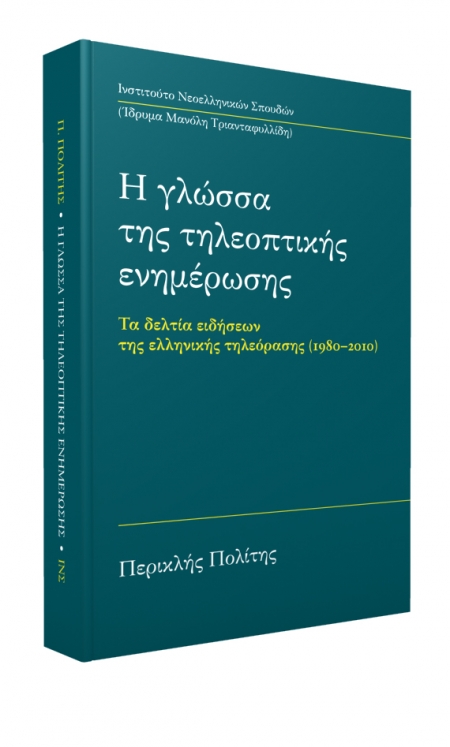 The book focuses on the language of television news in our country from the political changeover in 1974 until today. It becomes evident that two major factors contributed to the formation of television language in the last decades: the constitutional resolution of the language issue, which resulted in the gradual formation of Standard Modern Greek, and the end of public television’s monopoly, which led to the advent of private television and its consolidation in the sphere of public communication.

By studying the language of television news, the book traces the grammatical standardization of Modern Greek, on the one hand, as the unified national language of big audiences, able to convey any kind of information without presupposing the scholarly literacy of the past, and the stylistic variation of television stations, on the other hand, namely, the different linguistic identities they forged in their attempt to differentiate themselves and attract viewers in the context of a market economy, given that, besides being a civil right, information is also a commodity produced by media organizations.

The author is an associate professor at the Department of Journalism and Mass Communications, Aristotle University of Thesssaloniki.