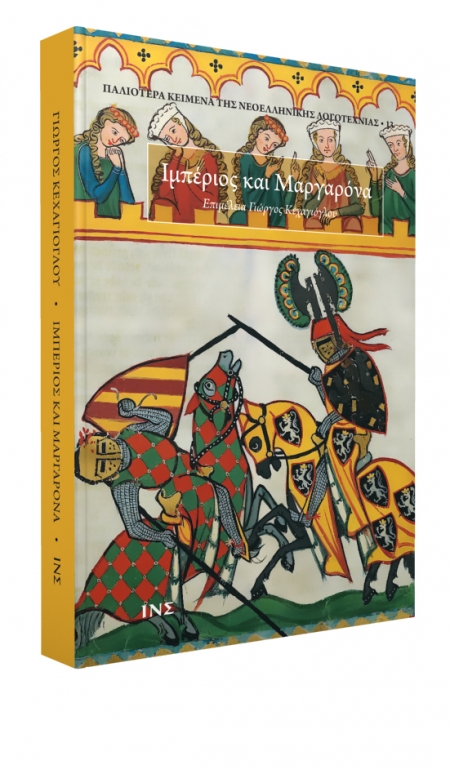 The adventure and love romance of Peter and (Little) Margarita (σερ Πέρος, (Ε)μπέριος, (Ι)μπέριος and Μαργαρόνα) is a highly popular late Medieval and Renaissance Mediterranean literary work, which, through its Western European versions, fascinated European audiences, scholars and artists until the 20th century (Cervantes, Lope de Vega, L. Tieck, Brahms). Its protagonists are two handsome, very brave, educated, charismatic and, above all, untamable, bold, inventive and unconventional, in the beginning, young princes, who reach maturity through continuous trials of their stubbornness, as well as of their Fate/Fortune, and in the end triumph thanks to their emotional stability, piety and good works, but also thanks to Divine Grace.

From the second half of the 15th to the mid-16th c. the Greek unrhymed version had known a rich manuscript tradition, while its transformation into a rhymed version in the second quarter of the 16th c., and its printed editions in Venice (at least from 1543 to 1806) made Imberios (Διήγησις ωραιοτάτη του Ιμπερίου) one of the most widely-read "popular readings" of modern Hellenism and its Balkan sphere of influence. It attracted the attention of foreign and Greek lexicographers, bibliographers, critics, publishers and researchers, but also the creative response of leading writers (V. Kornaros, K. Dapontes, D. Solomos, K. Palamas).

This book publishes the printed version of Imberios, along with an introductory commentary and a parallel translation in today’s Modern Greek, while its Appendix contains, between others and for the first time in separate editions, three full texts of the unrhymed version of the poem.

The editor, G. Kechagioglou, is Professor Emeritus at the A.U.Th.