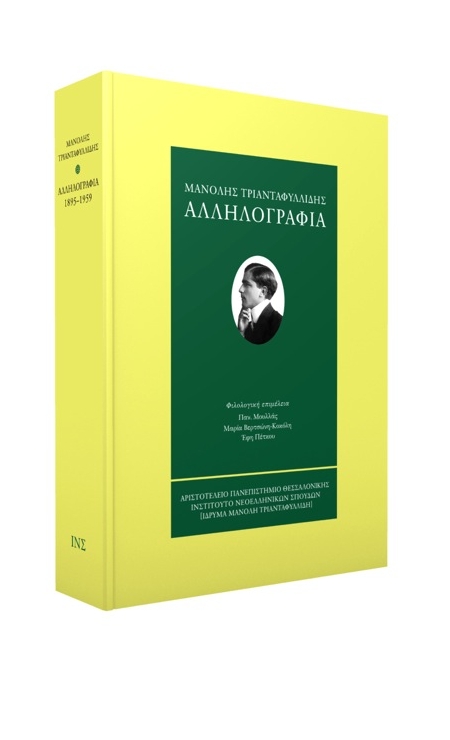 This book partly supplements the publication of M. Triandaphyllidis’ Collected Works. It is a selection of 650, mostly unpublished, letters written by the leading linguist and by many of his contemporaries, Greek and foreign, well-known and not so well-known. It offers ample biographical information as well as a wealth of new data on our language-educational, intellectual and socio-political history during the first six decades of the 20th century. A dialogue in which dozens of people participate, this correspondence not only sheds light on the life and work of a remarkable man, but it also functions as polyphonic evidence of a whole era.