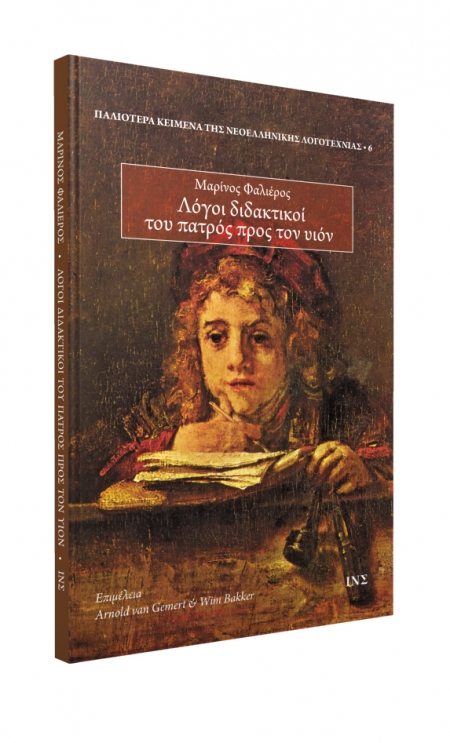 Admonitions of a Father to his Son, written by the Venetian-Cretan feudal lord and poet Marinos Falieros, is a didactic poem of the first quarter of the 15th century. Addressed to Mark, one of the poet’s sons, it also reflects wider concerns of the nobility in Venetian Crete: the relations with the peasantry and some new or disconcerting family, economic, and social realities. Falieros’ poem seems to follow a long Byzantine and late medieval tradition (e.g., Spaneas, Solomon’s Teaching or Pseudo-Spaneas, Advice to Francis by Stefanos Sahlikis); in fact, it contains an adaptation of the extremely popular medieval prose De cura rei familiaris, drawing also on some other secondary sources and thus composing his own practical set of advices on contemporary secular life. This is the first time in Modern Greek literature that a demotic literary work focuses on bride selection and marital relationships, the allocation of duties within the family, property concerns, and genuine care about children’s welfare.

The book is edited by two well known Cretologists, Arnold van Gemert and Wim Bakker, Professors Emeriti of the University of Amsterdam.