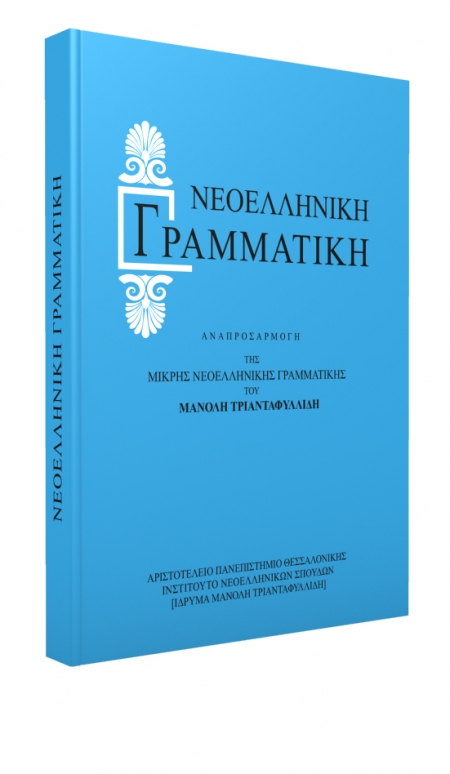 A reprint of the classic Modern Greek Grammar textbook, which was first published in 1976, immediately after the historic decision of the Greek government to establish the demotic as the official language of education, a book which is associated more than any other with the official resolution of the language issue. As the subtitle states, it is an adaptation of the Concise Modern Greek Grammar by Manolis Triandaphyllidis, which he himself published in 1949. The supervising Committee was made up of M. Stasinopoulos, P. Haris, Emm. Kriaras, L. Politis, Ag. Tsopanakis and Al. Karanikolas (who was the director of the work group).

With the permission of the Ministry of Education, Research and Religious Affairs, the current edition is a reprint of the 1983 publication in monotonic orthography. The book is no longer distributed at schools, but the Institute considered it necessary to have this emblematic textbook available for teachers and students.