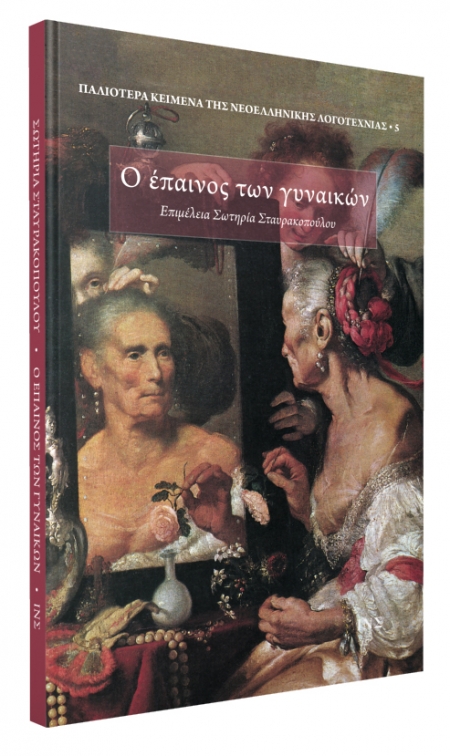 The praise of women is an anonymous folk poem of the late 15th century, probably of Cretan origin, written in rhymed, iambic or trochaic, octameter, with anti-woman, satirical/exemplary and, at times, blunt content. It was first published only in 1905. The poem comments on novel cultural values of its time regarding the social status of women, and presents the vices and the inappropriate behavior of virgins, married women and widows, defining what is proper and what is not, what is acceptable and what is not. Although it follows a rhetorical topos widely used in Christian and Medieval Greek literature, that of “praise” (or “encomium”) and, most importantly, that of the “reproach” of women, whose ultimate origins lie in Ancient Greek and biblical literature, the poem converses mainly with the Medieval and Renaissance literature of the West, which was quite familiar to Venetian Crete at the time. This publication, edited by Soteria Stavrakopoulou, Assistant Professor of Modern Greek Studies at the Aristotle University of Thessaloniki, also contains an anthology of thematically related works of Ancient and Modern Greek literature, included in the book’s Appendix.