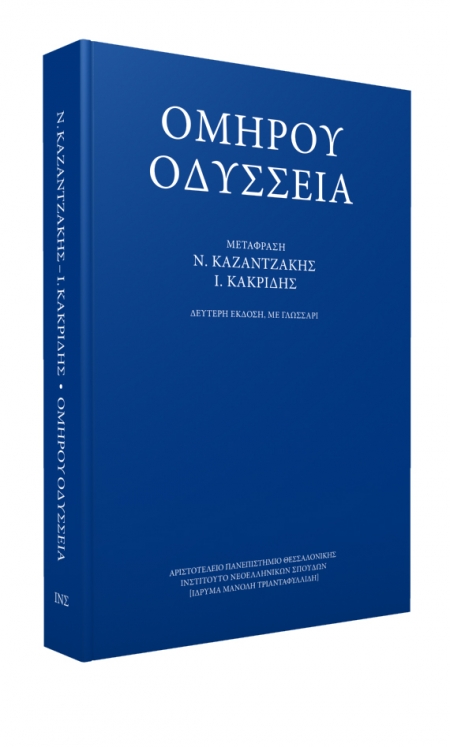 It is often said, and rightly so, that each generation creates its own translation of the works of the great authors of antiquity. However, it is also equally correct to say that some translations, highly regarded for their accuracy, their quality and their ethos, become in turn classic texts themselves. The translations of the Iliad and the Odyssey carved out by N. Kazantzakis and I. Kakridis arguably belong to this category of texts, both extraordinary monuments of Modern Greek language, which rightfully earned the respect of philologists and the love of readers ever since they were first published, in 1955 and 1965 respectively.

The two translators believed that Modern Greek should be written in the monotonic system. Nevertheless, wishing to make the translations of the Homeric epics available to the general public, they decided to publish them in the polytonic system, which was widely used and taught at the time. With the present reprint in the monotonic system, the two works take the form their translators would have originally preferred.

The new edition includes the corrections made by I. Kakridis in his personal copy of the Odyssey. The Notes follow the text, in the form they were originally published in the first edition. We also hope that readers will find particularly useful the extensive Glossary at the end of the volume, where the meanings of rare, poetic, idiomatic and other words, which may be unfamiliar to them, are explained.