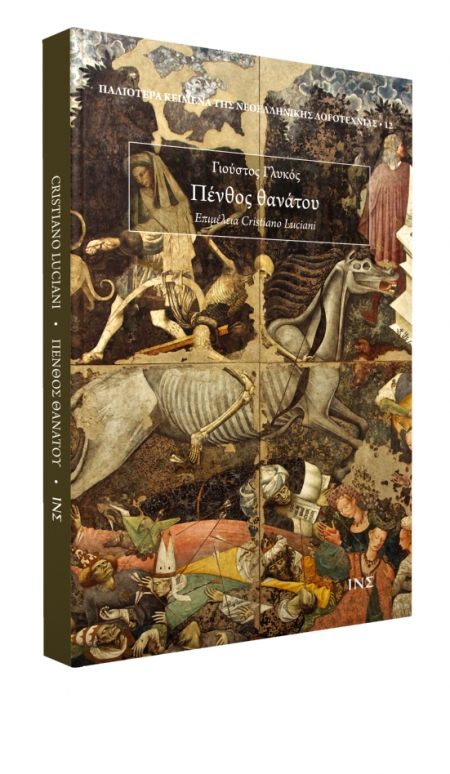 The vernacular, lyrical and moralizing, rhyming poem entitled Πένθος θανάτου, ζωής μάταιον και προς Θεόν επιστροφή [Grieving for death, the Vanity of life, and a Return to God] (1520) by Yustos Glykos from Koroni in the Peloponnese was a very popular reading throughout the 16th century. It has survived in one manuscript copy, and in four Venetian printings (initially edited by the Zakynthian Dimitrios Zinos). Its central idea is the so-called "memento mori" (= remember that you will die), hence the transient nature of life and earthly goods, the instability of human fate, and the inevitable and terrible fact of death: an ascertainment employed by the poet in order to instruct his readers how to live in accordance with the Christian commandments, aiming to the salvation of their soul. Πένθος θανάτου... is also one of the first modern Greek literary works designed to be printed with appropriate frontispiece illustration, showing a combination of Western European and Byzantine iconography of the late Middle Ages and the early Renaissance. The present edition of the poem is based solely on its only known manuscript, and is accompanied by an extensive Appendix including other similar texts.