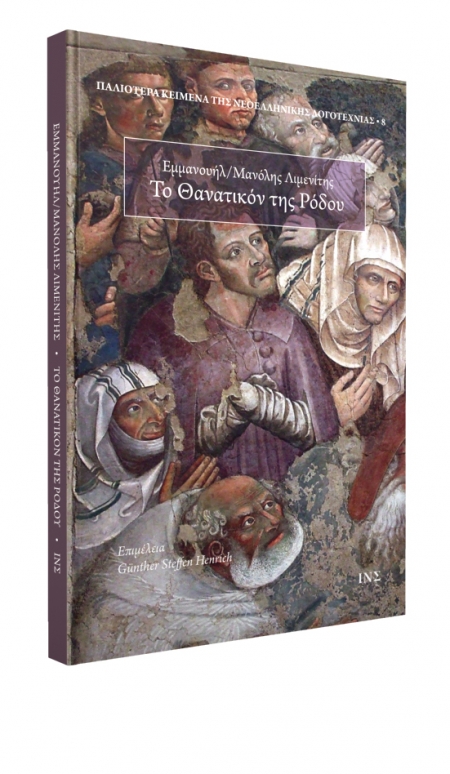 The poem The Plague of Rhodes, written by Emmanouil/Manolis Limenitis (formerly known as Georgillas) refers to the plague epidemic that broke out in the city of Rhodes, ruled by knights at the time, in October 1498. Espousing the traditional Christian worldview of the time, which attributed all natural and other disasters to human sin, particularly promiscuity, gambling and greediness, the poet presents the horrendous epidemic as fair divine punishment.

The poem also contains elements of ‘historical lament’, which becomes even more lyrical with the use of many socio-anthropological and folklore remarks about the beautiful women of Rhodes and, more generally, about the townsmen and knights of the island, as well as features of the widespread hortatory and didactic literature of the Middle Ages, especially of the type of ‘speeches’ and of the misogynist satire of ‘women’s mirror’. Of particular interest are the artistic, western-type description (‘ekfrasis’) of Charos and the Poet’s dialogue with his ‘Logismos’, which alludes to the type of theatre-like/dramatic dialogue.

In the Appendix, the linguist-editor of the edition, Günther Steffen Henrich, professor emeritus at the university of Leipzig, includes additional ‘ekfraseis’ of Charos, poetic descriptions of the Judgment Day, and literary accounts of epidemics and natural disasters.